*Honor Among Thieves by Rachel Caine and Ann Aguirre*

📖 So, so, so I started reading this book late saturday evening and managed to get around several chapters until I decided it’s time to stop or else I would be reading until dawn. First of all, I think this book is very interesting and weird at the same time. I began reading without any idea what the story would be but by the title itself I thought it’s some kind of action fantasy type of book. Now reading, I think it’s more of a sci-fi type and I’m not complaining. Anyway, I’m planning on finishing this one by the end of the week. 📖 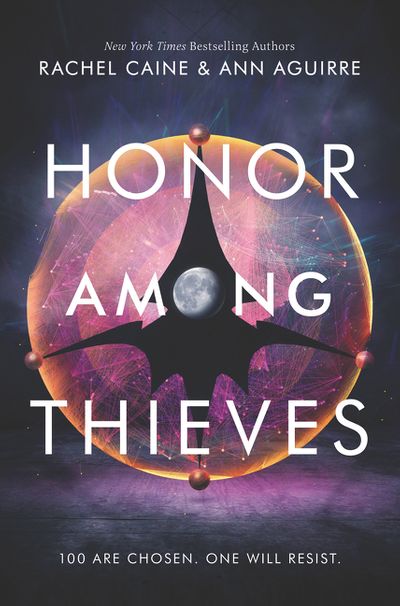 THE SILENCE THAT followed as I hovered near the data console might have been awkward. I supposed that our connection let him sense my lingering curiosity. “Did you . . . want something else?” Nadim asked me. “There are more recordings. I could leave you to play them in private.”

“If you prefer. Or you could proceed to the media room. Beatriz is singing.”

“Singing. She is quite accomplished, though I believe she underestimates her talent.”

“Did she say it’s okay to listen?”

Instead of answering, Nadim lit up a pulse on the corridor wall for me to follow.

Halfway there, I heard her, a quiet voice, then louder, stronger. I didn’t know the song. I didn’t go into the media room, but I peeked in and saw Bea standing on the stage, her eyes shut, her face lit with transcendent joy as she sang and sang, the notes soaring with pure and perfect beauty.

It was like the starlight. Like the dizzying black beauty of space. It was free and fierce and full of longing. It was so far beyond me I felt lifted on it, taken out of myself.

Nadim said, in a whisper meant just for me, “It’s the most beautiful thing I’ve ever heard. Other Honors played music or sang, but she . . . she’s different.” There was awe in his voice. Awe all around me, like a cool, shifting fog. 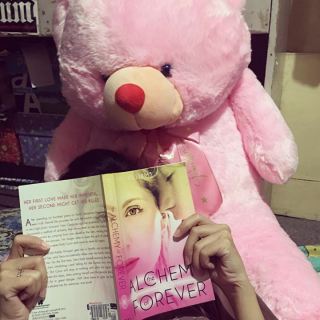